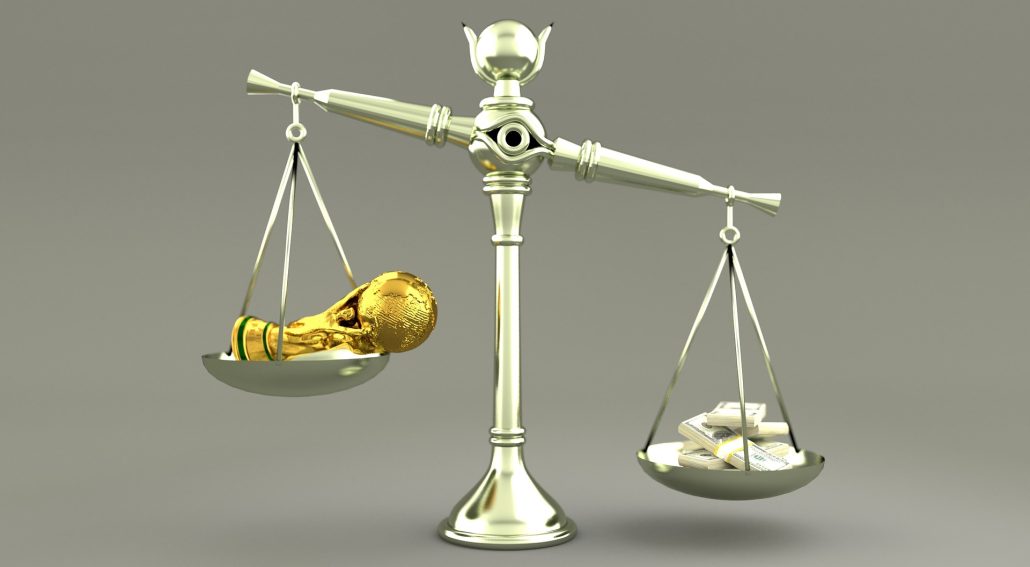 Hundreds of millions of people are excited about the start of the World Cup Qatar 2022 championship on Sunday, 20th November in Doha. FIFA (Federation Internationale de Football Association) has been dogged by scandals and allegations of corruption since the announcement of the hosting country for WC 2022. It was not the first time FIFA got into scandals. In early 2006, BBC investigative reporter Andrew Jennings published a book entitled „Foul! The Secret World of FIFA: Bribes, Vote-Rigging, and Ticket Scandals” in which all illegal actions of the executives and business partners of FIFA were brought to the public.

All the major Football (soccer) events are coordinated by FIFA, based in Zurich, Switzerland. According to FIFA’s policy, it is a non-profit organization governing and promoting football around the world, but the unique nature of its business & industry, and structure exposes it to a high risk of money laundering activities. Thus, it is highly relevant for banks to do proper due diligence and transaction monitoring on executives, partners, and subsidiaries of FIFA. The lack of proper KYC & AML controls could lead to high penalties as was the case with one of the Swiss Banks, which agreed to pay over $79 Million for Laundering Money in the FIFA Scandal.

In this series of posts, we will conduct a KYC review of the FIFA organization as we would do it for profit-oriented entities and zoom in on major areas of the organization and severe violations of the law by senior managing members and business partners of FIFA. The areas we investigate from a KYC & AML perspective are: