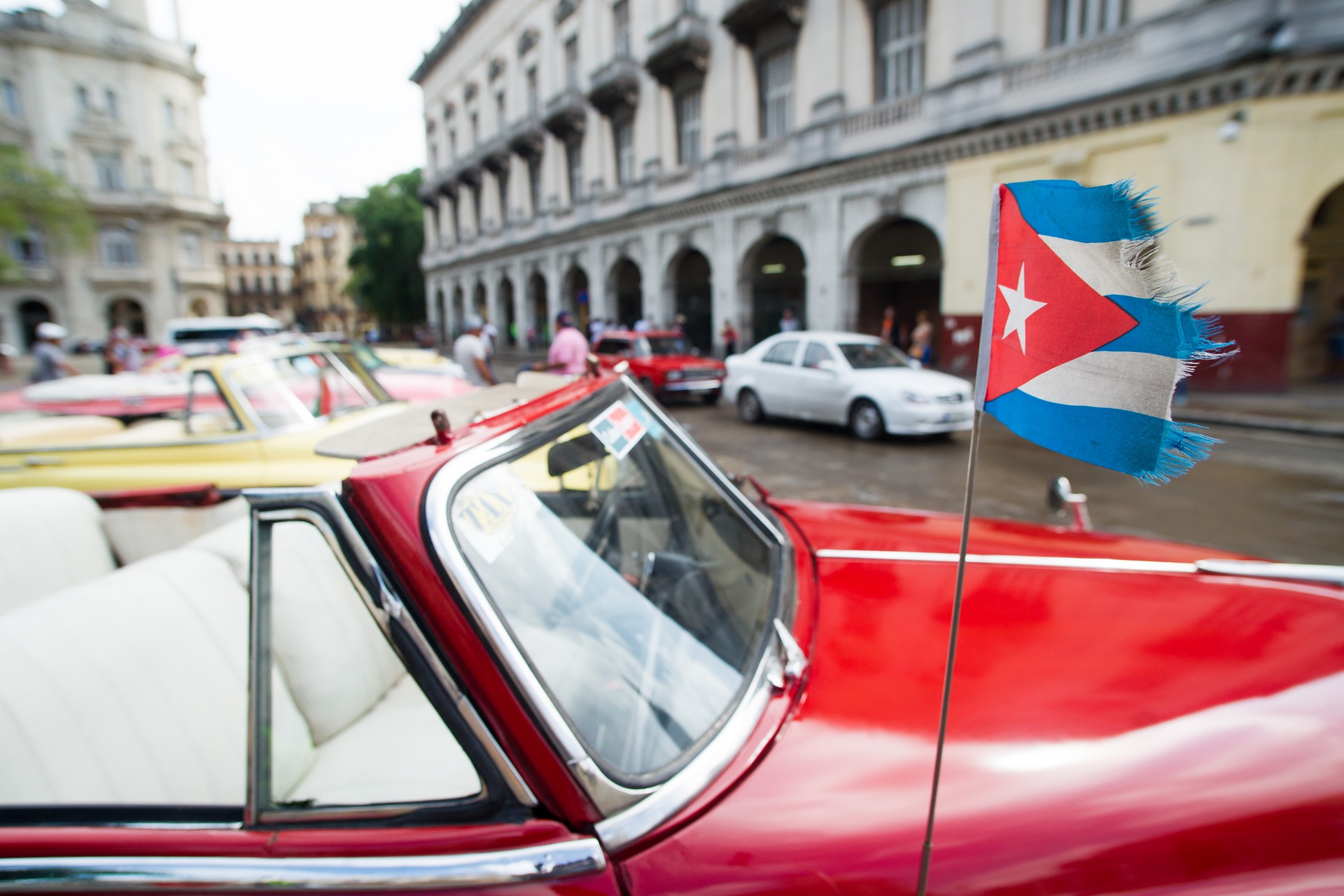 Against the backdrop of the Russian attack on Ukraine and the resulting sanctions by America, the EU and Switzerland, the effects and side effects of sanctions are a very topical issue. With this article, CURENTIS AG is therefore launching a series of articles on the topic of sanctions and embargoes.

We start the series today with a piece on trade sanctions. 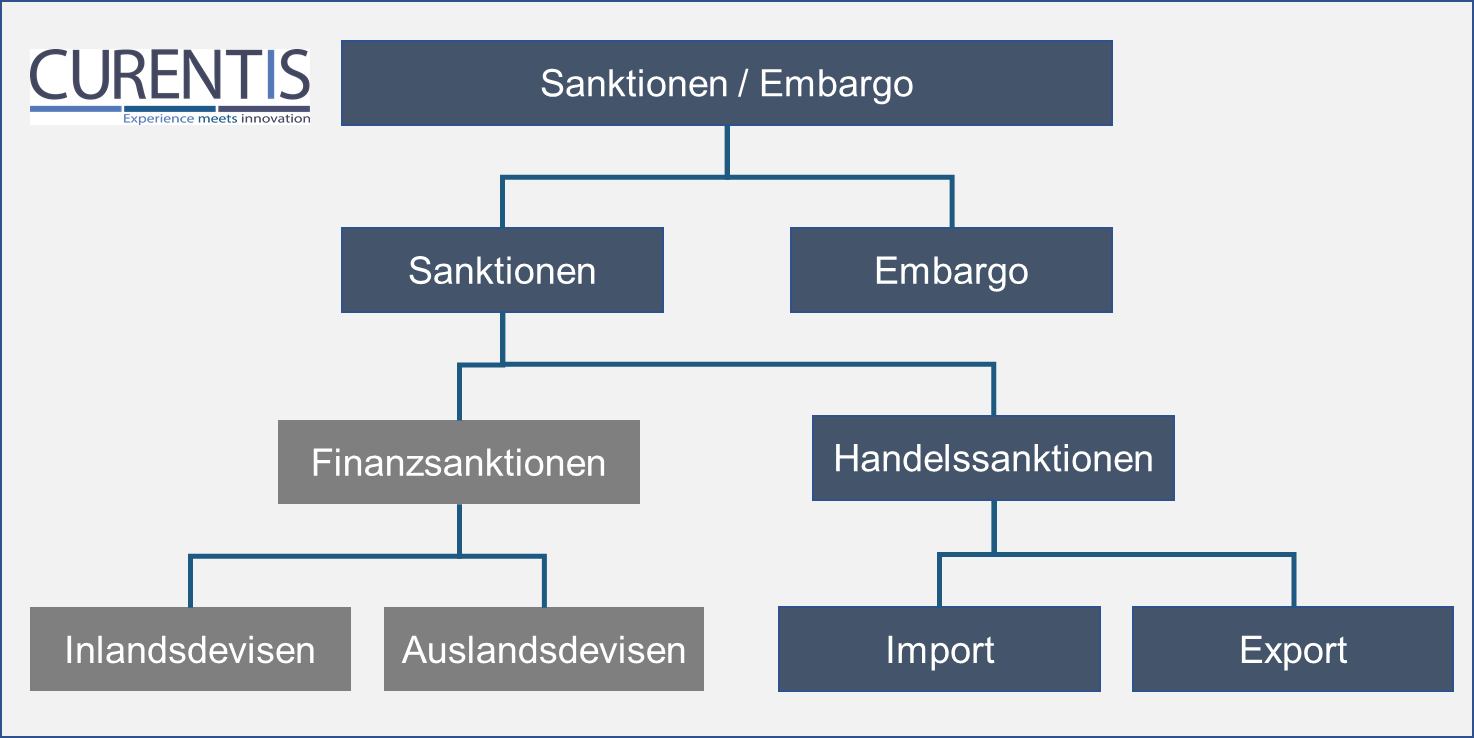 In this article we describe the blue highlighted topics around sanctions and embargoes in the context of freight transport/trade. This article will be followed by an article focusing on financial sanctions.

WHAT ARE TRADE SANCTIONS AND EMBARGOES?

A complete trade ban on a certain country is called a trade embargo. It is also often referred to as a trade embargo when the economic movement of certain goods is prohibited.
A current example is the US "trade embargo" on Russian alcohol and Russian diamonds. In our understanding, however, this case is actually a sanction. Sanctions only apply to certain goods, branches of trade, persons or companies. Accordingly, the current trade restrictions against Russia are sanctions and not an embargo, since not all economic traffic with Russia is being prevented.

In both cases, the aim is to weaken a country's economy by making valuable raw materials, needed parts or services unavailable or more expensive to buy from another country. To assess the long-term impact of a trade embargo, let's look at the US trade embargo against Cuba.

The US embargo against Cuba has been in place since 1960 and has undergone several tightenings and relaxations during its existence. The US government under President Eisenhower imposed the embargo in response to the expropriation of American companies and citizens in Cuba.

Despite its establishment in 1960, the embargo law was not passed until 1992. Named the Cuban Democracy Act as Chapter 17 of a comprehensive omnibus law, it established the trade restrictions. However, the trade embargo had already been implemented before then.

2014 and 2015 were marked by the easing of trade restrictions between the US and Cuba, which were pushed by President Obama. During Trump's term in office, however, these easing measures were suspended again.

The impact on the Cuban economy is difficult to quantify. There are estimates on the American and Cuban side that differ greatly and are influenced by political motives.
What is clear, however, is that the Cuban economy had to pay high adjustment costs in the short term and that the trade embargo still strongly affects Cuba's economy. Cuba's main exports are tobacco and sugar. For example, in 1926, about 60% of the sugar exporting companies were American-owned. These companies exported 90% of Cuba's sugar. These companies were expropriated in 1959 and nationalised by Cuba. However, these companies could no longer export sugar to the USA. 90% of Cuban sugar exports were thus eliminated.
Through some relaxations, it is now possible to export and import certain goods, so that 5% of Cuban exports now go back to the USA.
Compared to the exports before the embargo, this is still a small number.

There is criticism of the trade embargo that questions the proportionality of the embargo. According to critics, the embargo would not affect the political elite of the country, but the civilian population.
In fact, little has changed in the political conditions in the country since the embargo. For example, the German Foreign Office writes that Cuba is a "centrally organised, socialist island state in which the leading role of the Communist Party (PCC) is enshrined in the constitution." The 2021 World Hunger Index shows that Cuba is one of 18 countries with a score below 5, the worst.

As a conclusion for the trade embargo against Cuba, but also for many other trade sanctions or embargoes, it can be stated that in most cases the civilian population suffers most from the economic decline of the sanctioned country.

The special role of the EU since 1996

The European Commission adopted EU Regulation No.2271/96 on 22 November 1996. This regulation is a reaction to the embargo imposed on Cuba and makes trade between European companies and private individuals with Cuba at least partially possible.
This regulation is an example of how other countries or extraterritorial organisations co-sponsor or block sanctions and embargoes. In the case of the EU regulation, the US embargo is blocked.
The US embargo on Cuba also applies to foreign companies and banks that want to do business in Cuba since the passage of the Torricelli and Helms-Burton Acts in the 1990s. A German company that wants to do business in Cuba would therefore be affected by penalties from the US authorities in the same way as a US company.
The EU Regulation Article 4 stipulates that decisions of extra-Community courts and administrative authorities that refer to the Torricelli and Helms-Burton Acts will not be recognised and implemented in the EU.
For this, the European company must inform the EU authorities in advance and receive confirmation from the EU Commission. In addition, European companies are guaranteed compensation in Article 6 of the EU regulation, which covers legal costs in connection with the exemption.
It is therefore possible for European companies and banks to do business in Cuba.
However, the hurdles for such business are still high even under the EU regulation. If the EU's approval is not forthcoming, the advance costs for planning such a transaction are lost. This is a risk that a European company must take into account.
Moreover, it will be difficult for a European company to find a financing bank that will share the risk of this transaction. Banks are included in the EU regulation, but must be aware of possible reputational damage in the US if the bank's Cuba arrangement becomes public in the US.

Despite the remaining risks for European companies, the German Foreign Office describes economic relations between Cuba and Germany as having improved over the last 5 years.
There is a German office for the promotion of trade and investment in Cuba. German companies are mainly represented in the energy and health sectors, as well as in the tourism industry. However, these economic relations still depend heavily on the foreign policy of the USA. If the regulations surrounding the embargo were to be tightened by the USA, this would also affect the economic relationship between the EU and Cuba. So the US economic embargo still has a major impact on Cuba, even though there are now certain loopholes for European companies created by the EU Commission. 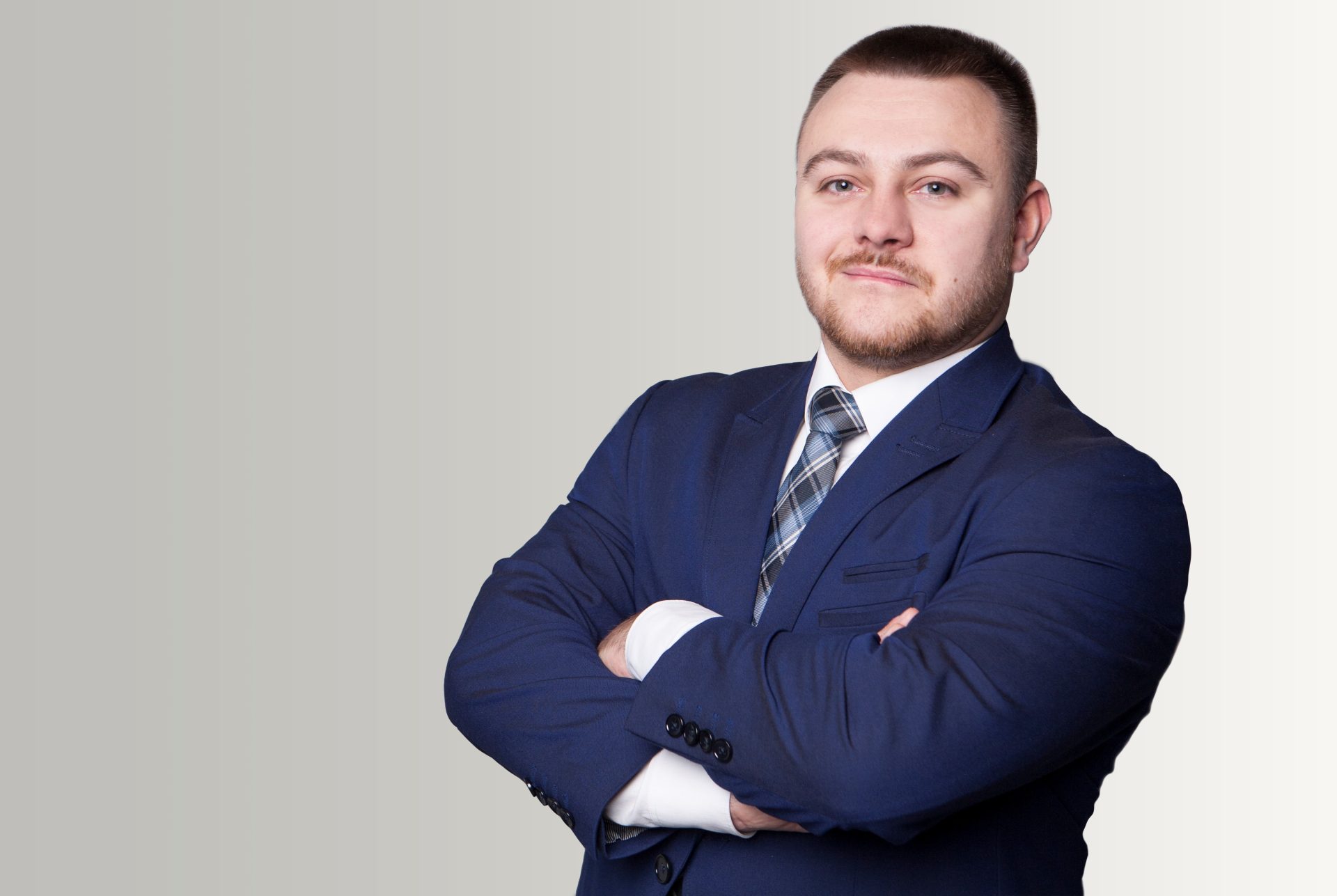 As Special Matter Expert Sanctions Compliance, Mr Jan-Ole Vietz is responsible for news on the topic of sanctions. Together with the AFC team, he will continue to monitor global sanctions policy and summarise the most important developments for you.

Then write to us or give us a call. We will be happy to advise you extensively and find a solution tailored to your requirements.

Transparency register: Transition period for GmbH expires on 30.06.22
Scroll up